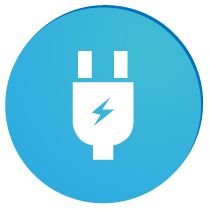 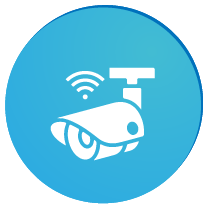 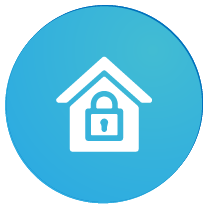 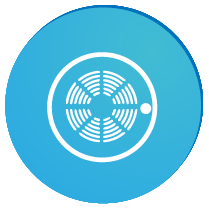 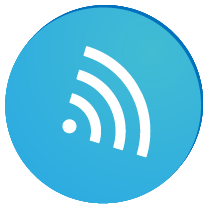 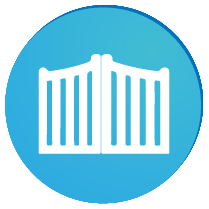 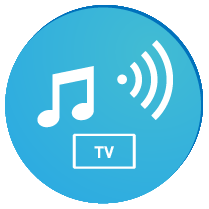 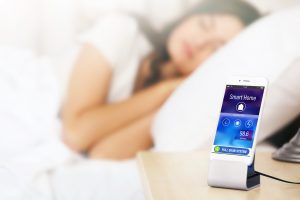 As always, we all want to keep our family and possessions in a safe manner. By installing one of our alarms – security systems – one can achieve this in an efficient manner.

The security systems vary with the importance of the things it is guarding. Properties with a reputable alarm are far less likely to be targeted as criminals tend to choose the easier, non guarded option.

It is important to consider whether you can secure yourself by installing an alarm system in your home or apartment.

Statistics show that the appropriate home alarm system is one of the most effective ways to protect your home from potential burglary.

First of all, the alarm, and in particular the external signaler, effectively deters burglars. Second, if someone is wrong to intrude into a protected home – it will trigger an alarm.

Additional security such as good locks, windows, anti-burglary blinds all give us a peaceful sleep. 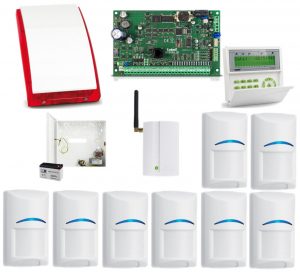 How the alarm works

The most common and associated type of this system is an alarm system consisting of motion sensors in rooms, a keypad at the door and an alarm on the wall.

The design of the alarm system itself is a bit more complicated. This is a team of interoperable devices that detect and signal intrusion, most often signaling light and sound.

The system is designed to respond to alarm events such as opening doors and windows, moving people in their field of vision, breaking down windows, destroying doors, and notifying the person or entity of the incident through the telephone line, cellular network or the Internet, or protecting the facility. 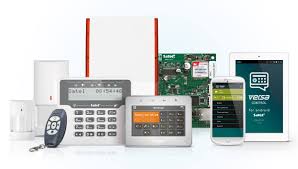 It is an element that is used to program and manage the alarm system.

The state of the system, but also its individual settings are changed according to individual requirements.

The alarm device is used for information about the burglary or its possible attempt. It works by delivering low-frequency sound that distracts the burglar’s actions and interferes with their speed.

The lights should be positioned at different points of the house and its surroundings. Ideally located on the front elevation from the street, or from the side of the neighbors.

Another important element of the alarm system are motion detectors that are mounted. They should be sensors of different types, differing in the principle of operation.

This means that they need to be selected according to the types of aggression, the type and nature of the mechanical protection applied, the temperature range and the humidity, and the many other factors that have a major impact on the proper functioning of the detectors.

Selecting the appropriate location and conditions of the detector determines proper security. The most commonly used detectors are:

PIR motion detectors, ie passive infrared, are suitable for both alarm systems installed inside and outside the house. The operation of the PIR detectors consists in analyzing the temperature in the area they see and reacting to any changes in that temperature. The intruder’s presence in the area of ​​action of the detector field will be acknowledged as a threat and will trigger an alarm. Keep in mind that pets other than the environment also have pets such as dogs and cats. Therefore, if you have pets at home, it is a good idea to install more expensive detectors that ignore the presence of animals as the use of standard PIR detectors can cause frequent false alarms.

Microwave detectors operate like police radar and emit radio waves of high frequency (1-10 GHz) that bounce off objects, animals and people and return to the detector. The detector then compares the received wave with that sent and if they have a different frequency, a threat signal is sent.

Dual detectors are microwave sensors equipped with an additional motion detector and trigger an alarm only when the conditions for activating two detectors are met. This improves intrusion detection and reduces the risk of unnecessary false alarms.

This website uses cookies to improve your experience while you navigate through the website. Out of these cookies, the cookies that are categorized as necessary are stored on your browser as they are essential for the working of basic functionalities of the website. We also use third-party cookies that help us analyze and understand how you use this website. These cookies will be stored in your browser only with your consent. You also have the option to opt-out of these cookies. But opting out of some of these cookies may have an effect on your browsing experience.
Necessary Always Enabled
Necessary cookies are absolutely essential for the website to function properly. This category only includes cookies that ensures basic functionalities and security features of the website. These cookies do not store any personal information.
Non-necessary
Any cookies that may not be particularly necessary for the website to function and is used specifically to collect user personal data via analytics, ads, other embedded contents are termed as non-necessary cookies. It is mandatory to procure user consent prior to running these cookies on your website.
SAVE & ACCEPT